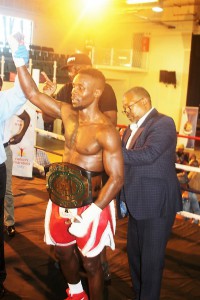 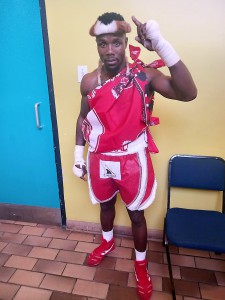 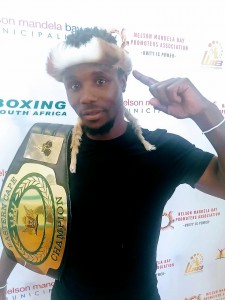 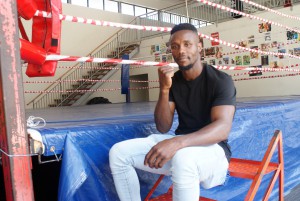 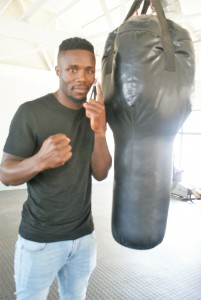 Local boxer Mziwoxolo “General” Ndwayana is determined to take his boxing career to new heights despite the lack of sponsorship or support.

Ndwayana, 34, currently holds the Eastern Cape Provincial Title following a knock-out victory against Odwa “Killer Kid” Gaxa in Port Elizabeth this past weekend. Despite fighting in national and international bouts Ndwayana has never been backed by a sponsor. The little he gets is in the form of donations from different organisation.

Ndwayana says his preparation was good because he knew about the fight on time. “I’m always prepared and in the gym and ready for whatever comes. So when I get a fight I just study the opponent and prepare for the fight.”

Speaking about his EC title fight Ndwayana said he had fought Gaxa before and knocked him out. “Even now I had prepared well and ensured that if I needed to go the distance I was ready for that, but I made sure he didn’t get any points at any point in the fight. He eventually panicked and came forward and I dropped him twice in the 5th round and the fight was stopped.”

Although he is happy about winning the fight Ndwayana says ever since he started boxing he has never had a sponsor. “I don’t know why, maybe I’m unfortunate. I was the SA champ and world champ but I have never had a sponsor. I think it’s due to the fact that my management team is not strong enough to cover everything because I only have two people in my camp my father and Mr Sakhiwo Duruwe that’s it. Even for my diet I need to hustle for myself, no one assists in making sure that I knock on the right doors.”

Ndwayana is also willing start a boxing academy to help young up and upcoming boxers even at school level and share his skills and knowledge with the community. He says he has raised this before but nobody backed him up. “All I need is support in terms of the things that I really need for fighting, I’m not looking for money but just the essentials, like boxing boots and so on. That’s my biggest problem and it affects me psychologically. I feel like I’m doing all of this by myself without any support, but I do it because I love my hometown. If I was somebody else I would have left a long time ago and fought for another province,” said a discouraged Ndwayana.

Makana Local Municipality would like to congratulate Mr Ndwayana on this special achievement and wish him well in his journey. Anyone who is willing to help can contact Mr Ndwayana on 062 074 4975.